We would like to offer our sincere support to anyone coping with grief. Enter your email below for our complimentary daily grief messages. Messages run for up to one year and you can stop at any time. Your email will not be used for any other purpose.

Read more about the life story of George and share your memories in the Tribute Book.

On Saturday, November 5, 2022, an angel stopped by the bedside of George A. Watson, Jr. to say “come with me… your work on earth is done.  George, born on June 7, 1945, was the 2nd child of Gladys and George A. Watson, Sr.  He grew up in Southeast Washington, DC and graduated from Eastern High School.  He was a very compassionate and caring person and wanted to follow in his maternal grandmother’s footsteps to become a nurse even though this was not a popular career choice for a man at that time.  He chose North Carolina Agricultural and Technical College (NC A&T) to pursue his dream, graduating as a nursing professional in 1969.  George was the 2nd male to graduate from the School of Nursing at NC A&T College.

While attending NC A&T, he met a fellow classmate, Lee Audrey Hammonds who became the love of his life.  After graduation, they launched their nursing careers and both secured jobs at Freedman’s Hospital (now Howard University in Washington, DC).  George spent most of his career at the Veterans’ Medical Center in the emergency room and was proud to say that he trained many interns about the “correct procedures” that were expected as one working in that high extensive area in the hospital.  He reluctantly retired in 2003, but often reflected on the people that he had met as patients.  He took the time to get to know every patient as best he could to provide the best possible care.

As George cared for his wife, making routine trips to doctor’s appointments for each of them, the doctors looked forward to his visits and were amazed at his knowledge and understanding of his and his wife’s health concerns.  He knew the benefits and side effects of all their medications and made sure that he and Lee took everything in the right amount and on schedule.

George was very passionate about the multiple hobbies he had and did his best to share them with those he loved. Few people knew that George was a “history buff”, especially black history.  He spent countless hours in his “downstairs office” reading his many books or playing games on his computer.  He regularly engaged in deep conversation with his son (George III) and grandsons (Bradley and Robert) to ensure they didn't forget the struggles of the African American male in American society and also ensured that they remained politically engaged.

George was truly a family man.  He grew up with his sister Jeari in a close-knit family that enjoyed visiting aunts, uncles and cousins.  When he and Lee bought their home, it was important that he was in walking distance to his mother and sister.  George and Lee raised their two children, George III and Deirdre’ and welcomed new family members with open arms.  All looked forward to the family gatherings at his mother’s house where everyone enjoyed each other’s company.

George had a quiet spirit and always seemed to not let anything ruffle his feathers.  He had a love of nature and spent time alone driving to places where he could take spectacular nature photos.  He saw God’s beauty in trees, plants and even in the clouds.  Of course, he took pictures of family, but he took his time to develop them.  George spent many quiet moments in his “sanctuary” (his workshop).  This was not an ordinary workshop, but one the size of 2-3 bedrooms and equipped with every hand tool imaginable.  He certainly earned the title of “Handyman Extraordinaire”.

Repast immediately after in the Fellowship Hall

Condolences may also be expressed on the above Tribute Wall

To send flowers to the family or plant a tree in memory of George Albert Watson, Jr., please visit our floral store. 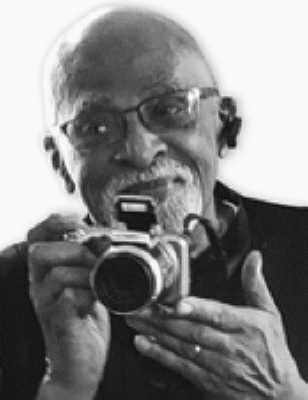 In Loving Memory Of

Look inside to read what others have shared


Family and friends are coming together online to create a special keepsake. Every memory left on the online obituary will be automatically included in the book.

You can still show your support by sending flowers directly to the family, or by planting a memorial tree in the memory of George Albert Watson, Jr.
© 2022 Pridgen Funeral Service, PA. All Rights Reserved. Funeral Home website by CFS & TA | Terms of Use | Privacy Policy | Accessibility